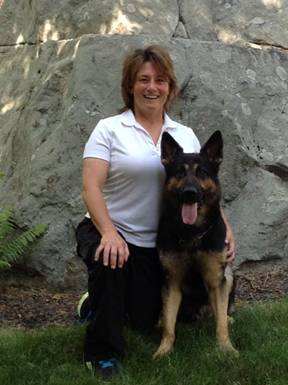 Losing her best training dog due to an illness turned out to be a blessing in disguise for dog trainer Beth Bradley. When her eight-year-old pitbull had a stroke, a friend of the trainer’s sent her on a trip to the airport.

“She was the best dog around and my vet said, ‘You can’t really use her for a demo dog anymore because of the stroke. It’s too much stress. She should just be a house dog at this point,’ ” said Bradley, who helped the dog recover and live to 14 years of age.

“I have a friend who lives out in Kansas and she’s a German Shepherd breeder. She called me one day and said there’s something for you at the airport. You’ve got to pick it up tonight at 6:30. I had no idea what it was. It was like getting a puppy on Christmas morning, you know, it’s something you don’t do. And that was my first start with owning German Shepherds.”

During June, Bradley and her fourth German Shepherd, Fyte, were named to the 2015 USA WUSV (World Union of German Shepherd Dog Clubs) Team after earning a third-place finish at the trials held in Lancaster, N.Y., a suburb of Buffalo. At 29 months of age, Fyte von der Staatmacht is one of the youngest competitors ever to appear in international competition.

Bradley and Fyte compete in the sport of Schutzhund, a German-style obedience competition where the dog displays his proficiency in three areas: Obedience, Tracking and Protection. This is the third time in 12 years that Bradley has made the Schutzhund six-person handler/dog team.

She previously represented the United States in 2003 with her German Shepherd dog Anya at the FCI Trial in Belgium and with Nate at the 2009 FCI Trial in Austria.

“I saw a statistic that last year there were 1,500 trials in the United States with about 300,000 dogs competing at a club level. Then they go to a regional level. Once you pass that level, which is what I did with Fyte, you go to a national level. They only pick five dogs out of that national level and say okay, you’re the five best dogs in the country and you’re representing the United States,” Bradley said.
“I didn’t realize those statistics and when I read it, I was like, wow, you look at it that way, it’s impressive. I’m not even patting myself on the back but for his age to be able to put himself together and be mature enough to handle top competing on that scale, I’m very proud of him. It’s exciting.”

Bradley and Fyte earned third place on the team by scoring 96 in Obedience, 82 in Tracking and 98 in Protection. The Denville resident uses all voice commands in German when she’s competing although all her dogs also know hand signals which are used on movie and television sets.

The 2015 WUSV Trials will be held at the Lahti Sports Centre in Finland from Sept. 23 through 27. Fans and interested spectators can watch Bradley and Fyte live at http://wusv-wm2015.fi/.
“There’s a new Showtime series coming out called ‘Billions’ and Fyte’s the family dog on that so he’s had a big year as far as work,” said Bradley of Fyte, who is mostly tan in the face and paws with a black body.

“Fyte finished third out of 16 dogs to earn a spot on the team. He’s really proven himself that he has a great work ethic and really enjoys it as well.”

Bradley first became interested in dog training when she was 12 years old. In 1986 she became a New Jersey State Animal Control officer and began studying and working with many well-known animal behaviorists and trainers.

In 1989 she started training part-time while going to Rutgers University, earning a degree in Bachelor of Arts in Sociology and Criminal Justice. In 1995, after gaining enough clients, she decided to become a full-time dog trainer.

“I mainly do pet obedience training so they’re not jumping up on people, walking on a leash, coming when called, stay down and stay. I think a lot with dogs, it’s not like a cat. People don’t realize, you have to spend time with them. You have to walk them, you have to exercise them, you have to train them,” said Bradley, who also trains dogs in many area shelters to help their chance at adoption.
“They don’t want to sit on the couch and watch TV with you. They want to be active. I think a lot of people forget that. Dogs are pack animals, they’re not solitary animals so when they don’t have another dog with them, you’re their pack.”

In 1993, Bradley began competing in the American Kennel Club obedience trials with Medusa, the German Shepherd, she received from her friend in Kansas. But looking for something more demanding, she found the sport of Schutzhund after watching some videos of it online. She also worked with renowned Schutzhund trainer Jim Hill.

“I competed up to utility level and it was fun. I just needed something I felt was more challenging so I investigated more. There was a trainer teaching it and he took me under his wing and showed me everything.”

At the 2015 WUSV Trials, dogs and handlers will be judged individually and as a team. Last year, the United States took second place. Because Fyte is so young, Bradley is trying hard not to raise her expectations.

“My goal is to get him into a different country and make him feel comfortable. He’s not a dog that stresses too easily because he’s well-rounded as far as going places and being around people. So my thing is just to have him be happy out there and not be worried,” Bradley said.

“But there’s always some sort of stress when you’re away from home, for people and dogs. I’m getting there early enough before the competition so we can walk around. Supposedly the lakes are very clean so I can take him swimming and you can drink the water out of the sink. He can just relax and enjoy a little bit of time there as well. I’m very excited.”

Bradley teaches Schutzhund training at 4 East Frederick Place in Cedar Knolls and Obedience Classes at A Dog’s World Day Care at 1050 Goffle Road in Hawthorne. She also gives in-home private lessons. For more information, call Beth at 201-247-8472, email her at beth@dog-trainer.biz or visit her website at http://www.dog-trainer.biz.

“I always tell all my clients in my puppy classes, if you put in a year of training with the dog and dedicate a half hour a day with the dog no matter what, you’ll have a great dog for your family and a dog in society that can be trusted around people, other dogs and in public settings. But it does take a year’s worth of training with them,” said Bradley, whose dogs grace the sets of many movies and TV shows.
“It’s going to pay you back tenfold because most dogs are living 10, 12 years and then you have 10, 12 years of peace versus you have to lock the dog up when people come over. And I think it would definitely decrease the amount of dogs that are in the shelters and needing to find homes.” 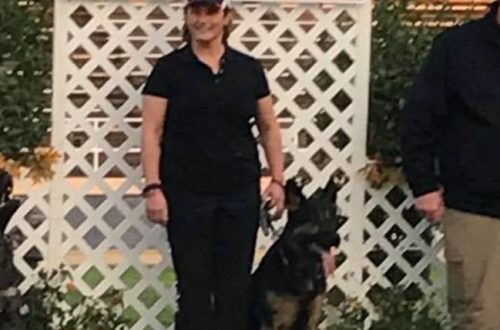 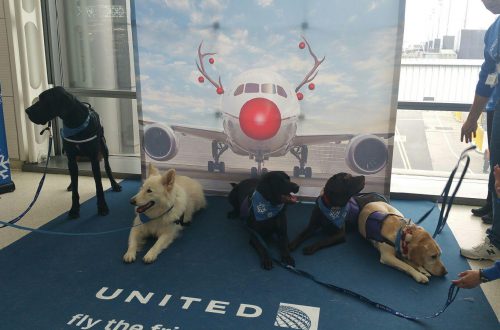 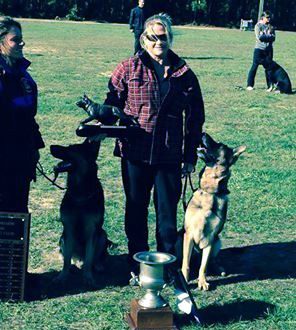 Congratulations to Laurie Schweizer and Remy.