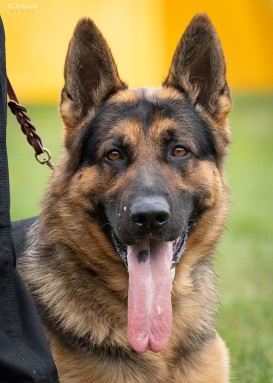 Argo’s  has incredible food and prey drive, as well as, power and courage.  Argo wants to please and wants to work.  Not only does Argo have a great work ethic, his temperament and personality are extraordinary.  Argo is safe with people and dogs (male and female), not handler aggressive and works with a clear head.

Argo’s Father side goes back to the Staatsmacht kennel which produces strong working lines.  Argo’s Mother’s side goes back to Nathan von Fegelhof, another multiple world team competitor and the great Fegelhof lines in Germany and Zwinger Vom Patiala German Shepherds; America’s most noteworthy breeders.

Fyte was the 2016 USCA/IPO Nationals Champion,287 (99-88-97),High in Trial,High Track,High Protection,High HOT,High Breed Surveyed Dog.  Fyte was the youngest dog born in the United States of America to compete internationally twice; 2016 Meppen Germany and 2015 Lahiti Finland.  Not only is Fyte a strong working dog but he is stable and has been on numerous television sets including The Blacklist and Billions.  Fyte’s parents are Quardes and Ultra Staatsmacht.

Remy was 7x’s IPO 3 with multiple High Female, and placings.  Remy is a strong working female who resembles a male dog in looks and statue.  Her breed survey stated that ‘she is a motherly type” meaning she will produce well.  Not only has Remy competed and placed at a high level but she has also been on multiple television sets and recently was in a film playing Jennifer Aniston’s dog in the movie “She’s Funny That Way”. 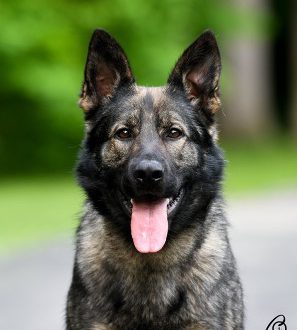